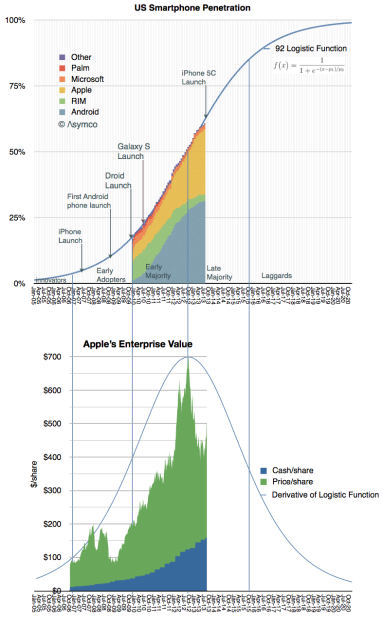 The peak in Apple’s enterprise value happens to fall at the exact point of inflection in the adoption curve and hence maximum growth.

It could suggest that the market perceives the value of Apple to be entirely reflective of the US market.

But I can’t imagine anyone would be so foolish as to believe it.

One can only conclude that it must be just a coincidence.1