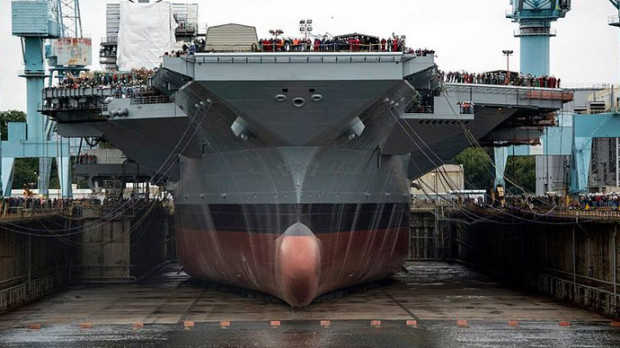 I’ve been writing about Apple’s capital intensive operations for some time. The difficulty has always been in explaining the scale involved. I’ve compared the spending to that of Samsung, Microsoft, Google, Intel and Amazon. But these numbers still can’t be easily grasped. You can’t point to any comparable objects when you try to explain the figure. I struggle to create a less abstract notion than that of a “sea of tooling and servers.”

Unfortunately, costs for aircraft carriers have gone up. The USS Gerald Ford will take about $13 billion to complete. That places Apple and Samsung capital spending in the following context:

Note however that planning and construction for the latest aircraft carrier takes 12 years, rather than the 12 months spending schedule for the companies shown. Note also that Apple’s spending is unspecified and included several categories while Samsung’s categories are partially specified.

Due to this inflation in aircraft carrier costs, my denomination of capex is beginning to be strained. Nevertheless, the question of what Apple spends $10 billion a year remains knowing what that could buy the Navy (or Samsung.)