The latest comScore US smartphone survey showing three months’ ending October data has been released and there were no surprises. Smartphone penetration grew to 62.5% representing 149.2 million users. I made a slight adjustment to the predictive logistic function parameters (p1 = 93, p2 = 22.5).

The correlation between predictive and actual logistic function (P/(1-P)) is shown below. 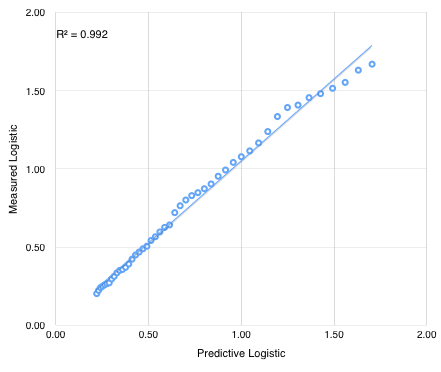 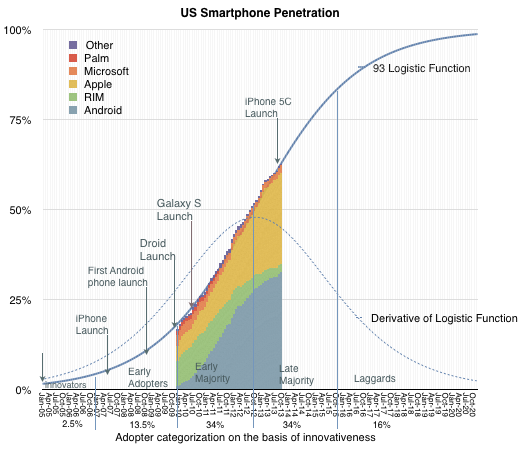 Individual platforms adoption curves are shown as colored areas above and as lines on a logistic plot below: 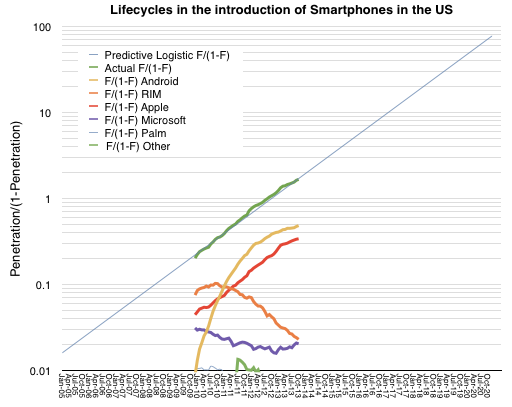 The parallel behavior of iPhone and the overall market remains unchanged.