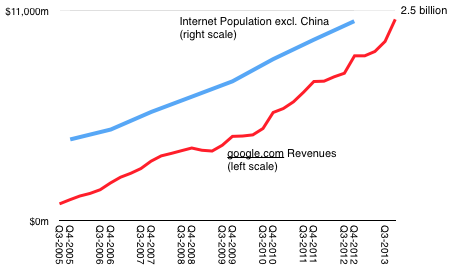 The correlation is shown in the following graph: 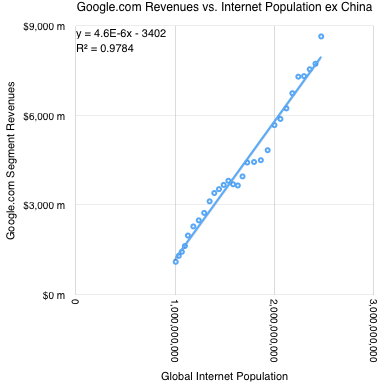 Taking into account costs and expenses, on a per-user basis profitability per user (assuming all non-Chinese internet users are Google users) is shown below: 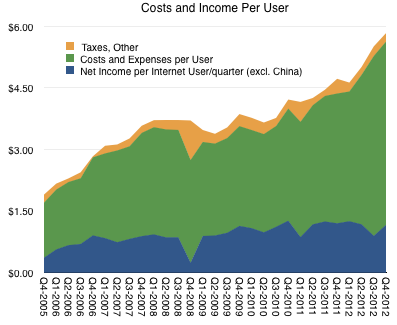 The simple conclusion is that Google earns approximately $1.2 per user per quarter (net income is the blue area above). This figure is relatively constant with a slight increase (~20%) over 3 years.

If the company does not alter its business model then the future potential of the business could be measured as a function of Internet (ex. China) population growth.

How hard can that be?