The history of the Personal Computer market (since 1981) is shown below: 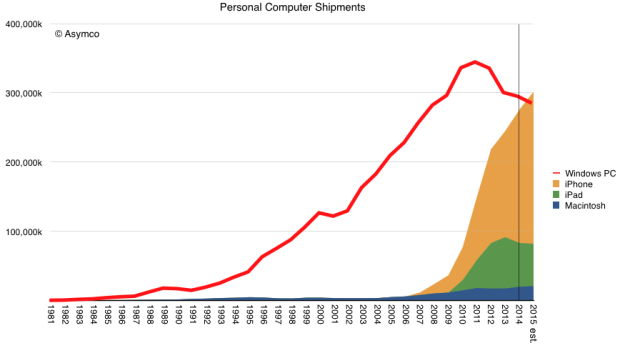 Note that I added a forecast for 2015.  Data from Gartner shows Windows PCs declining at a 6% rate in Q1 with a full-year forecast of -2.4% (including OS X). Assuming 20.7 million Macs, the Windows PC market will decline to 285.6 million units (from 295 million in 2014). My estimate is that iOS and OS X combined shipments will total about 302 million.

If this rather conservative forecast is correct then in 2015 Apple will ship more iOS and OS X computers than all Windows PCs combined1 .