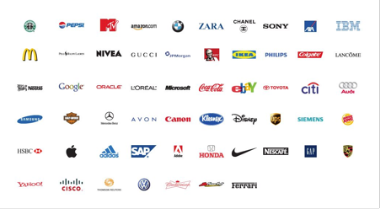 I wanted to check how popular the App Store was for the world’s brands. As a quick experiment, I went through the first 100 names in the Forbes 1000 list (ranked by Revenues) and found that 37 had some app store presence.

I then went through the next 100 and found that 61 out of top 200 companies had applications.

Finally, I went through the Interbrands top 100 brands of 2009 and found that 57 were officially promoted on the App Store.

What perhaps is telling is that this is just the tip of the iceberg. There are some companies that have multiple apps with sub-brands also listed.

The real question is not which brands are on the store, but why aren’t all of them there.