Last week’s announcement of “well over” 4 billion apps downloaded came 21 months after the App Store opened on iTunes.  To give a perspective on how fast that is, 4 billion songs took 41 months to sell on the iTunes Music Store.

The graph below shows the last actual data provided on both the App Store and the Music store downloads (circled) plotted from time of launch.

It also shows a curve-fit forecast of each store’s downloads.  If the growth persists, 10 billion apps could be shifted in 28 months post launch, which is around November of this year. 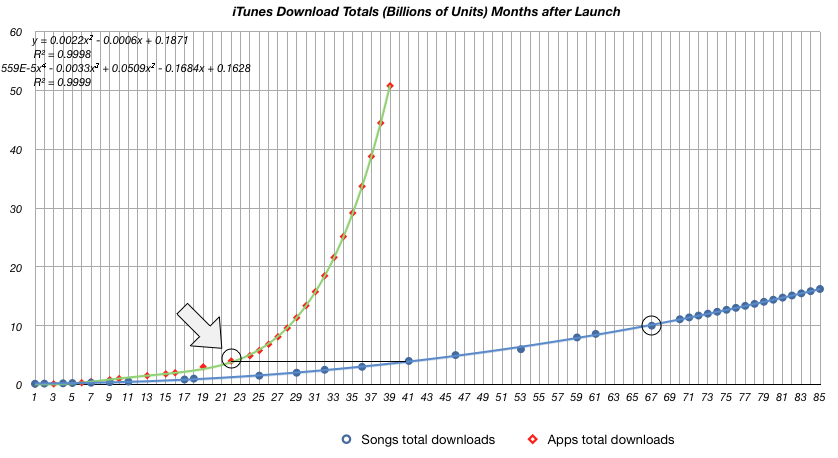