The two media download totals are shown in the following chart: 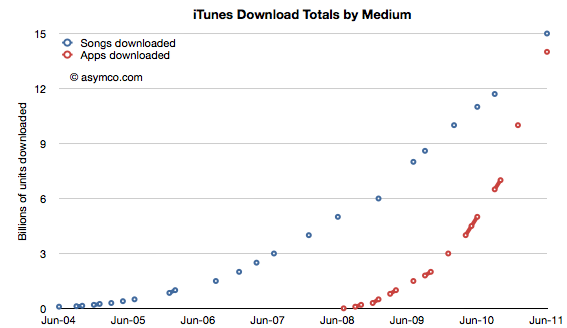 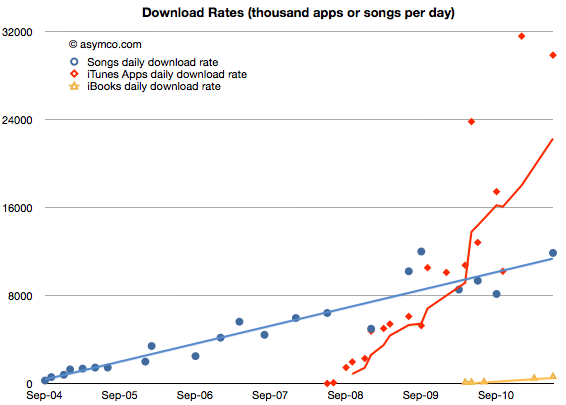 Although it took about 35 months for Apps to reach 14 billion downloads, the equivalent time for the Songs was about 80 months. You can see the different “ramp rates” (cumulative totals indexed to the same starting date) for the three media on the following chart. 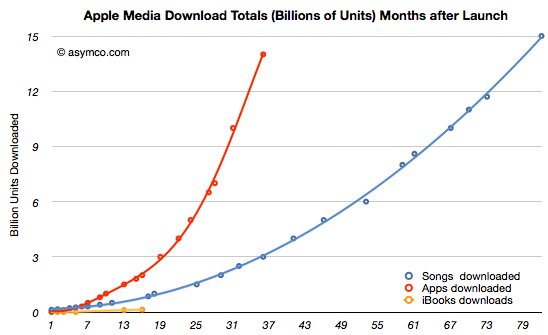 Given the large numbers involved, a better view might be had looking at a log scale chart of the same data: 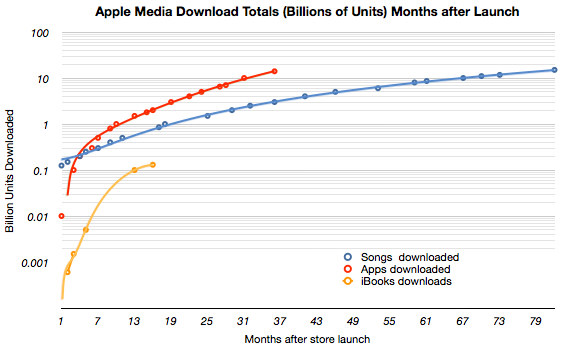 What I would point out is the emerging pattern that the three media ramps are separated by about an order of magnitude. In other words songs are 10x more downloaded than books (at a given point in the life of the media store) while apps are 10x more downloaded than songs. You would see this pattern emerge within the log chart as the three lines run parallel and equidistant.

But painting this picture with price is only a rough sketch. The ways that these media are consumed (and consumable) fills in the details. The amount of energy needed to enjoy each varies greatly. The “digestibility” of the material is different. In a way, these are the same factors which are drawing consumption toward tweeting, blogging and browsing and away from paper based media.

The new technologies are allowing consumption to conform more closely to people’s lives. They are like clothes that fit a bit better and are more comfortable. They may not look as good as formal attire, but in the end casual always wins.