It was only a few weeks ago (at WWDC) that we had an update on the app store growth rates. The data was presented here.

The milestones were reached within less than a month so it’s a fairly safe assumption that apps have overtaken songs. I had originally guessed that the cross-over would take place at 13 billion at the end of 2010.

The actual performance is shown below (total downloads indexed to same starting date): 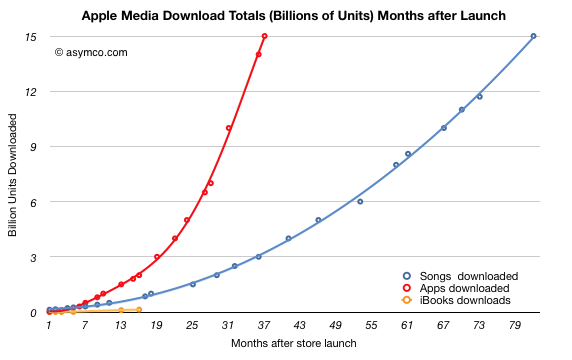