I collected all the data available so far and created a new graph that illustrates the complete market evolution over a three year period. 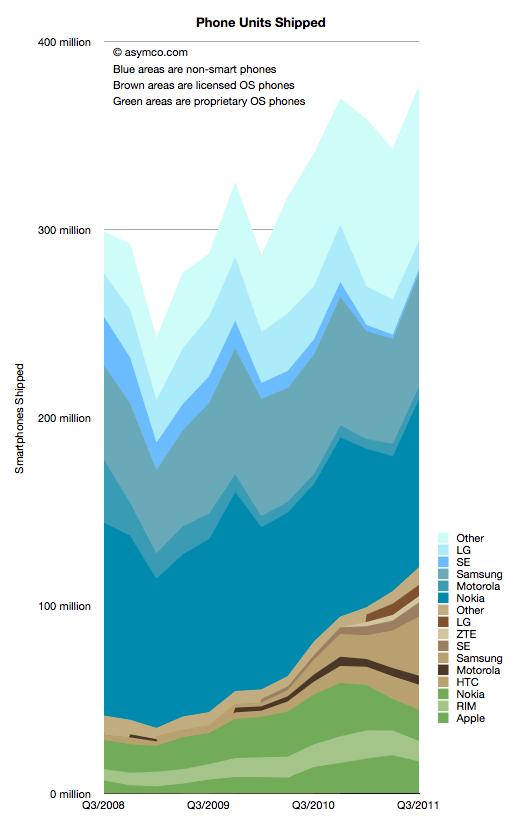 I chose a particular color scheme where shades of blue represent non-smart devices (think blue ocean), shades of brown are smartphones with licensed operating systems (Android for the time frame above) and shades of green as proprietary operating system smartphones. Multiple vendors are shown and those which sell both smart- and non-smart phones are shown twice. Note that the legend shows the vendors in the same order as the stacked areas.

There are several observations that are easy to make from this type of view:

In the next few weeks I’ll publish details of all the measures of the market but this first “landscape” view gives a good initial perspective. In the mean-time the data is accessible from the Asymco “cloud” here.