Last year we began offering revenue and operating income comparisons between Apple and Microsoft. It was becoming evident that the iOS franchise was beginning to overtake both in revenue and profitability the Windows franchise. To offer more dimensions of comparison this time I am adding Google’s top and bottom lines for comparison (click image for detail): 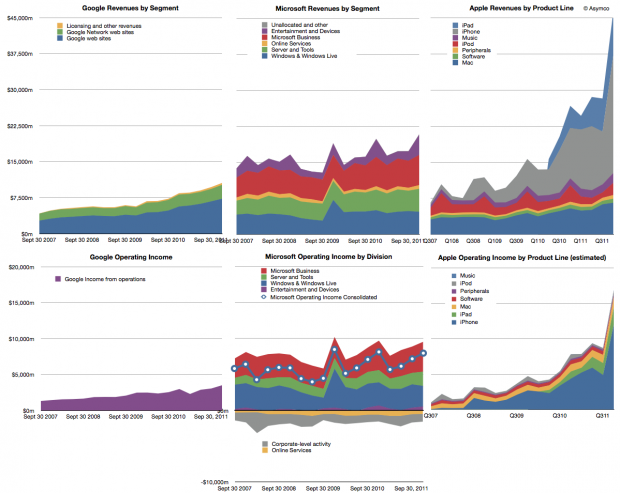 Note that the graphs have the same scales when read horizontally. I’ve broken out the sub-divisions of revenues as the companies report them. Here are some observations:

If we compare the individual product/business operating incomes individually we see some interesting patterns: 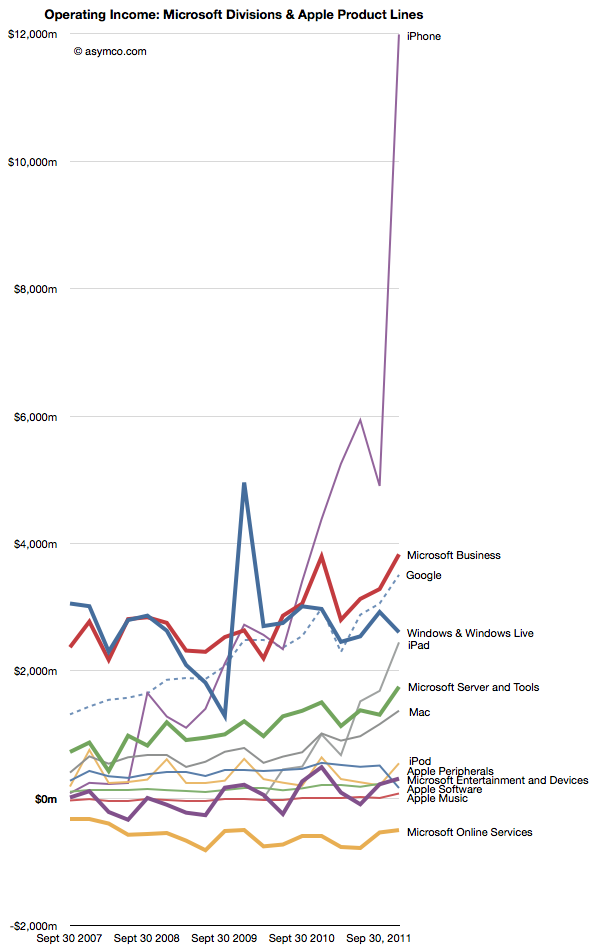 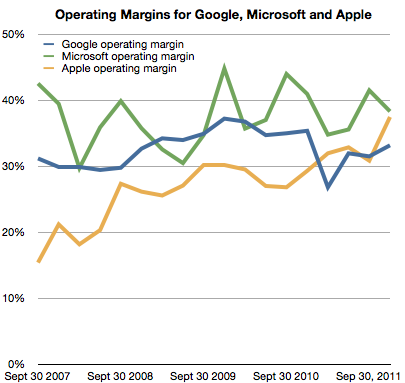 I presented a subset of this material January 30th at a TechMeetups event titled “Apple – world’s biggest startup.” A presentation by Adam Lashinsky focused on the cultural and procedural aspects which highlight Apple’s “startup” nature. My presentation showed, using these graphs, Apple’s growth characterizes it as a “startup”. The growth did not come from a broadening of its core products markets. It came from the creation of new product categories. Google, a much younger company does not exhibit this non-secular growth any more than Microsoft which is about as old as Apple is.

The lesson is perhaps that rapid growth is not the right of small companies alone. Apple has used disruptive innovation to transform itself and offers a stunning contrast to two other companies which are also seen as innovative leaders.