These three data points allow us to update our picture of the app economy. First, the app download rate.

As would be expected from an expanding user base, the app download rate has been increasing. It is now at about 49.5 million apps downloaded every day. The history of this rate is shown in the chart below: 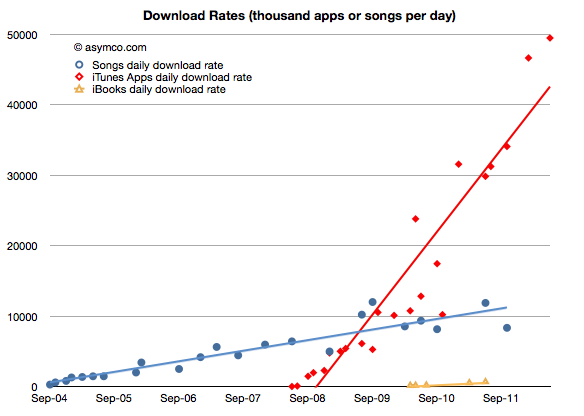 I added the same data for iTunes songs and book downloads for comparison. Note that although music and books are available to the same user base (actually higher due to Macs and iPods which do not run apps,) apps are being downloaded at a far faster rate–at least four times faster.

In terms of total, cumulative downloads, the comparison is even more stark: 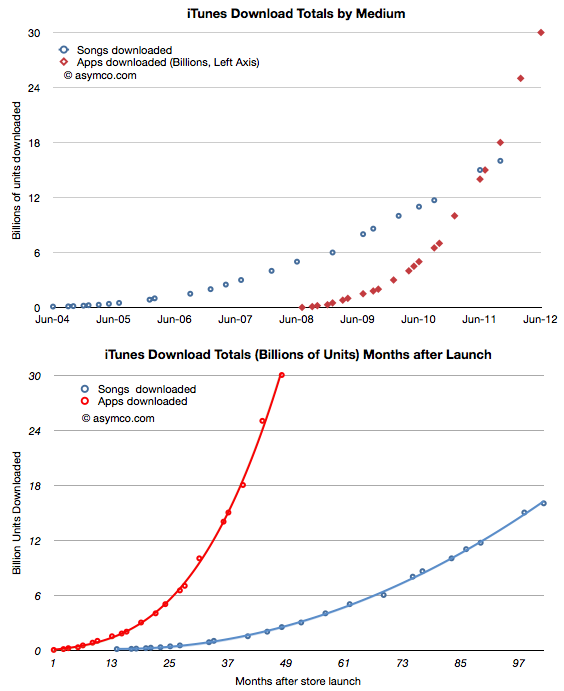 It won’t be long before total app downloads will be double total song downloads. Put another way, in the time it took the App store to reach 30 billion, the song store sold only 3 billion. 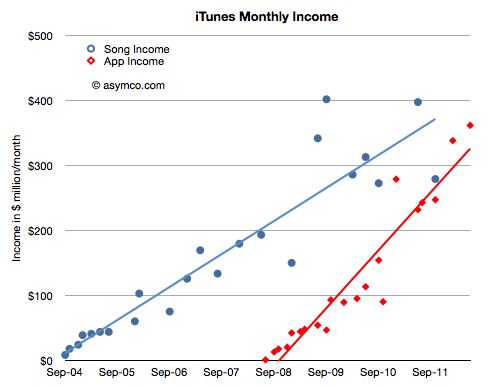 The data shows that apps have very likely overtaken songs as “gross” income. Apple does not book all app income, only the 30% share they keep, but in terms of transaction value, clearly apps are now a bigger business.

What about consumption? Are individual iTunes account holders buying a constant or variable number of songs or apps? 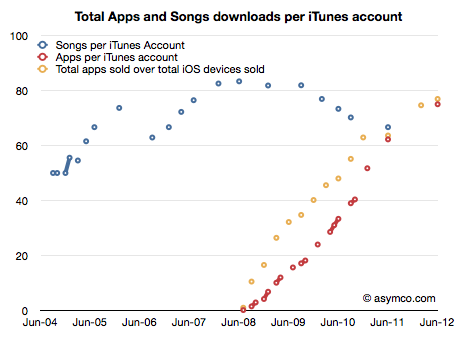 Here again apps show a distinctive pattern of out-performing songs. As far as digital media is concerned, apps are taking the download business by storm.

What about pricing? Is the expansion of the user base into the hundreds of millions leading to a collapse in app pricing? 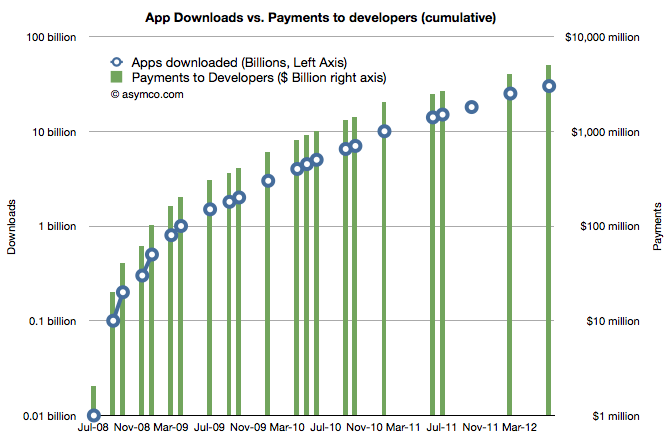 No. You can see the price as the ratio between the downloads and the revenue to developers. If downloads scale more rapidly than payments then pricing is decreasing. As it turns out the average price of an app has held steady since approximately 1 billion downloads were recorded. That price is now about 24 cents per app (including free).

Finally, how about the content owners? Are payments to the owners of the media beginning to favor developers over music publishers/promoters? 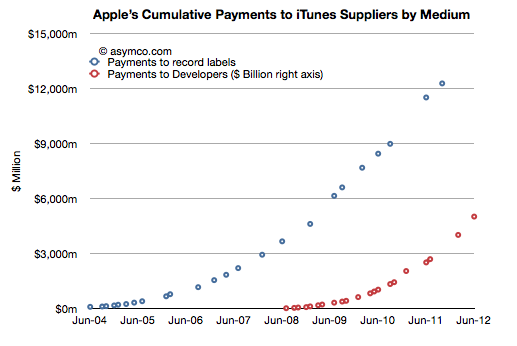 Developers still have a long way to go. We can’t be sure about how revenues are shared with music labels, but it’s probable that they are still receiving bigger checks than developers. However, under some scenarios this will change quite soon.

The bigger story here is that the iOS app economy has reached a run rate of $4.3 billion per year from a standing start four years ago.

How big will the TV app economy be four years from the launch of an Apple smart TV?