The iPhone 4S sold about 4 million units in the first three days of availability last year. The iPhone 4 sold about 1.7 million and iPhone 3GS about 1 million.

The main driver to growth for the initial weekend is usually upgrades for existing customers. There might be first time buyers, but the dedication required to ensure being first to have it usually means buyers are keen on the brand and are repeat customers.

The other factor is the number of countries where the phone is available. The 4 was initially available in 5 countries. The 4S in seven and now the 5 will be in nine countries. I made a list of the differences in launch countries for the 4S and the 5 below:

I’ve also listed the second week launch countries for completeness and shown which countries have changed.[1]

These estimates are shown below relative the the other iPhone and the iPad launches. 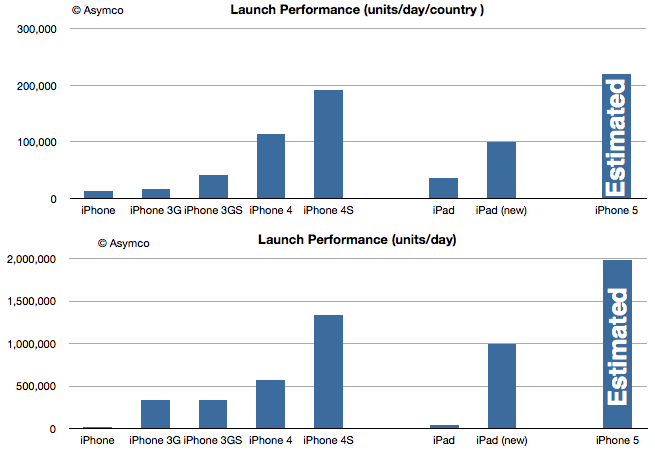 The additional shipments to fulfill orders for the second week may see the iPhone 5 sell over 10 million units before the quarter is over.