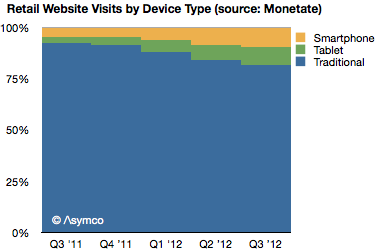 It also shows tablets growing to take about half of mobile traffic in a very short time frame. 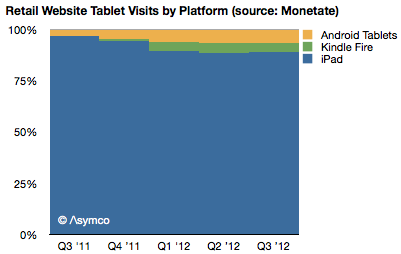 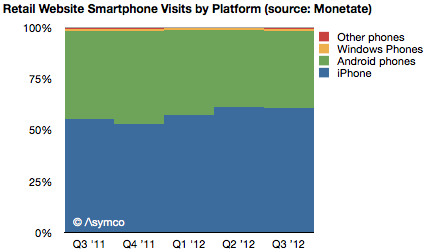 The data also shows the iPhone taking 61% of phone traffic (67% from IBM) with the rest being Android. 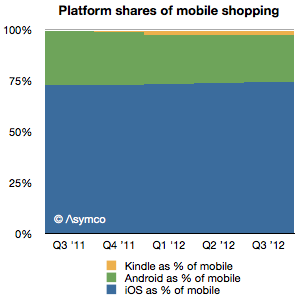 The data shows the share of iOS being 74% in Q3 while IBM reports 77% for Black Friday. 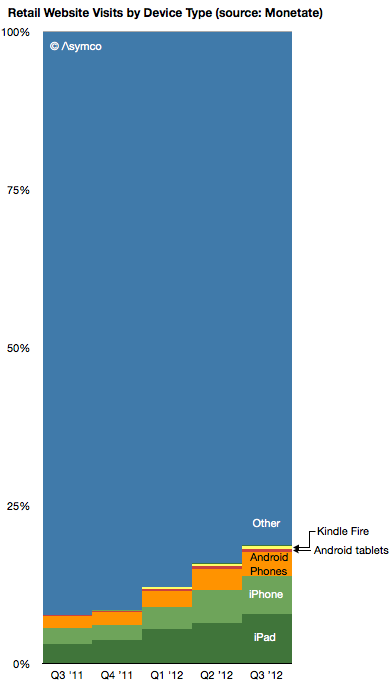 The data also shows a very small participation from Kindle and Android tablets. 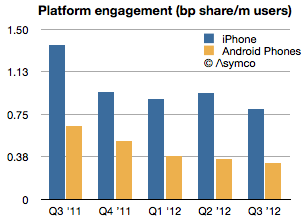 Finally, by using the install base data from ComScore, the data shows an absolute and relative decline in Android engagement. Android phones went from 0.47 of iPhone engagement to 0.4 in one year.