50% penetration for smartphones in the US turned out to be fairly predictable. I tracked my predictions based on comScore data and the results are shown in the following graph. 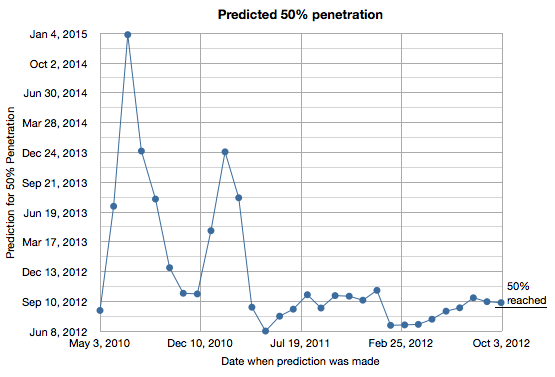 I began making predictions in May 2010 and updated the estimate every month since. As the chart shows, the prediction converged to early September 2012 by early 2011. The actual date was sometime in late August 2012.

The reason this prediction was relatively easy was because the rate of penetration growth was mostly linear throughout the period of 2009 to 2012 or from 17% to 50%.

In fact, the consistency continues even above 50%. The following chart shows the weekly new smartphone users add rate. No slowing seems to be evident for the few months since 50% penetration was achieved.

So if we assume that this rate will be preserved or increase slightly, how soon can we expect smartphones will reach 80% penetration in the US? 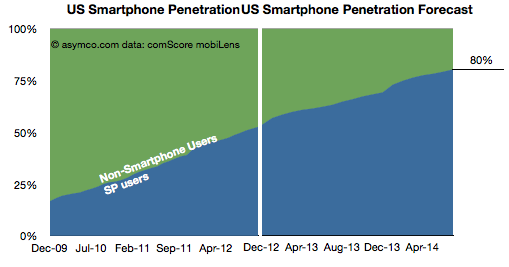