In the latest quarter the iTunes group top line grew by 25%.

Some observations and estimates:

As a reminder, you can order the iTunes Business Review from the Asymco Store. 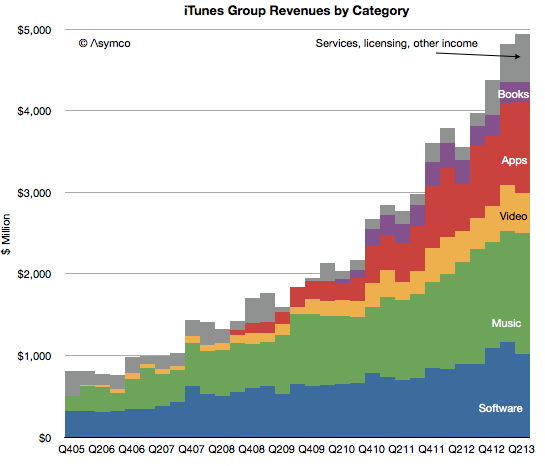