“It’s costly and has unpredictable consequences. That makes it a very bad business model. I suppose both companies have agendas that are not visible in court and perhaps Apple is signaling to other parties, and perhaps Samsung is using it to raise its profile. It still seems that unintended consequences may arise and the result could be very bad for everybody,’’ said Horace Dediu, founder of equity-research firm Asymco, in an e-mail interview with The Korea Times.

The above was a quote from the article  Samsung can’t afford to lose Apple fight by Yoo-chul Kim from The Korea Times. Yoo-chul contacted me via email with a series of questions. I want to share all his questions and my answers as well:

Samsung wides market gap with Apple, according to research firms.
You think the gap will further be widen and please tell me why

As Samsung converts its phone portfolio to be all smartphones, it is very likely to reach much higher smartphone volumes. One year ago Samsung sold about 56 million feature phones. Last quarter it sold about 43 million. The smartphone portion increased from 20 million to 50 million. At the same time, Apple has maintained a growth in its smartphone business of about 100% on a yearly basis. I expect that to continue into 2013 as well. Therefore it’s possible that Samsung could sell 290 million smartphones in the next 12 months and Apple could sell about 200 million in the same time frame.

However, it’s important to understand that the companies compete on different bases. What I mean is that what generates a profit (i.e. payment by the consumer above what a product costs) is different for each company. Apple is a platform company that sells access to the iOS ecosystem across many other device types. Samsung sells consumer electronics with limited “network effects” but desirable features. In this view, the gap in device sales is “asymmetric” and not reflective of the actual competition which is between Google’s Android and Apple’s iOS as forms of access. END_OF_DOCUMENT_TOKEN_TO_BE_REPLACED

AdMob founder and CEO Omar Hamoui today responded on the company’s blog, acknowledging that the terms as written would prohibit developers from using AdMob and Google advertising products on the iPhone.

Revised language for section 3.3.9 of Apple’s developer agreement, concerning the use of data collection:

via Apple Makes Good on Steve Jobs’s Promise, Invites Other Advertisers. But What About Google’s AdMob? | Peter Kafka | MediaMemo | AllThingsD.

Apple is stating that user data must be handled by organizations that are strictly independent.  If the ad service provider is part of an organization that either competes with Apple’s devices or platform, it’s not independent.

AdMob would have been allowed to operate unhindered on iOS but AdMob as part of Google is not.

Conversely, if Google were to abandon Android, the path to riches would be open again.  As shown several times already, by pursuing a mobile device platform Google strategically abandoned some significant revenue opportunities in exchange for some extraordinarily high costs.

Readers of this blog should not be surprised.

While Apple’s patent lawsuit against HTC remains ongoing, the Taiwanese handset maker has reached a licensing agreement with Microsoft to avoid another lawsuit over its Android-powered handsets.

Who says Android is “free”?

Apropos the IP lawsuit between Apple and HTC, it’s perhaps instructive to look back at memorable patent suits. The following excerpt tells the story of how patent royalties were litigated for weapons that the litigants also used as belligerents against each other.

The tale shows that not even global war can affect the outcome of patent law.

[General William Crozier who became Chief of Ordance of the Army in 1901 overseeing production for the nation’s weapons] made an energetic start on the new .30-06 bullet, introduced on October 15, 1906. Early the following year he received an ominous visit from a very polite but insistent representative of Deutsche Waffen Munitionsfabriken (DWM), maker of the Spitzer bullets for the Mauser rifle.  The .30-06, he said, was a near-copy of DWM’s “projectile for hand-firearms”, which had been submitted to the Patent Office on February 20, 1905–about the same time, suspiciously, that Crozier had been finalizing the financial details of the settlement with Mauser–and approved on January 22, 1907.

The good news was that DWM had a far weaker case than Mauser’s–it was difficult to demonstrate that the shape and dimensions of such a common item as a bullet were unique–and Crozier’s  patent attorneys advised him to fight the case. Crozier, again fearful that the newspapers would find out about this charge (even if it was trumped up by an opportunistic DWM), decided to fend off the accusers by stalling. He appointed his deputy, Lieutenant Colonel John Thompson (inventor-to-be of the famous tommy gun), to take care of the negotiations in the hope that they would go on for years.
…
In the summer of 1914 [8 years after the accusation] his deputy Thompson had finally run out the clock regarding Ordnance’s alleged infringement of DWM bullet patents. DWM had made repeated offers to Thompson asking him to settle quickly, and each time they had been rebuffed. On July 18, 1914, less than a month before the outbreak of the cataclysmic Great War, in which millions of men would be killed by pointed bullets, DWM finally lost its patience and sued the government in the U.S. Court of Claims for royalties on 250 million Spitzer bullets totaling $250,000. Ten days later, when Austria-Hungary declared war on Serbia, the suit was deferred.

Crozier’s position was saved by the sinking of the Lusitania in 1915 and the U.S. declaration of war on Germany in April 1917. Upon entry to the war, under authority of the Trading with the Enemy Act, the government created the Office of Alien Property Custodian to oversee the seizure of enemy-owned or enemy-controlled assets. To Crozier’s immense relief, the DWM patent was ruled to be U.S. property, and the attorney general dismissed the company’s suit out of hand.

Crozier retired in 1919 and escaped the censure for the fallout from a reinvigorated lawsuit launched by DWM in 1920 [two years after the WWI ended]. Having given up on obtaining a favorable patent-infringement judgement, DWM’s lawyers focused on whether the alien property custodian’s seizure of the patent had been lawful. Impressed by DWM’s argument that its bullet was protected by previous treaty, a tribunal ruled the U.S. government in violation and awarded DWM damages of $300,000.

Washington immediately appealed the decision, and the case lurched on interminably, for another seven and a half years, until it was finally settled on the last day of 1928, a generation after its beginning. The judgement stood. With interest added on the original $300,000, the United States owed a German company $412,520.55 [for the rights to the bullet they used against Germany in two World Wars]. 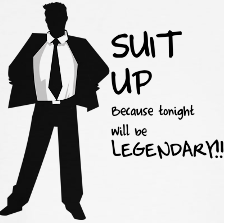