Microsoft just declared the Zune end of life. This makes it a good time to look back to some notable episodes in the evolution of digital media distribution. First, an episode from 1997:

During two days on the stand, Tevanian accused Microsoft of seeking to divide the multimedia market and then “sabotaging” QuickTime’s ability to work with Windows computers when Apple declined to go along with Microsoft’s plan. Justice also is accusing Microsoft of attempting to illegally allocate the Internet browser market.

In particularly colorful testimony on Nov. 5, Tevanian described an April, 1997, meeting between two Apple and two Microsoft officials. Tevanian, who was not at the meeting, said Microsoft officials suggested that Apple abandon its business of providing “playback” software that enables users to view multimedia content on the computers. Instead, they offered Apple the much smaller portion of the market for the tools that developers use to create the content. In Apple’s mind, though, the playback software was its baby.

END_OF_DOCUMENT_TOKEN_TO_BE_REPLACED

Can’t wait for the Youtube video of the Zune team getting down with an iPod funeral. After all, the Zune has higher market share than the recently celebrated Windows Phone 7. 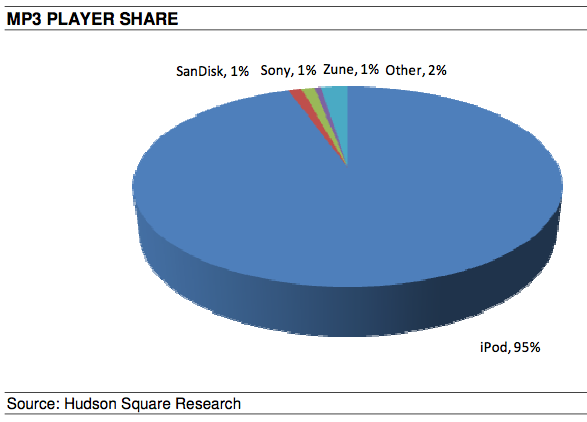