ComScore’s latest survey data shows the following net user gains in the US smartphone installed base: 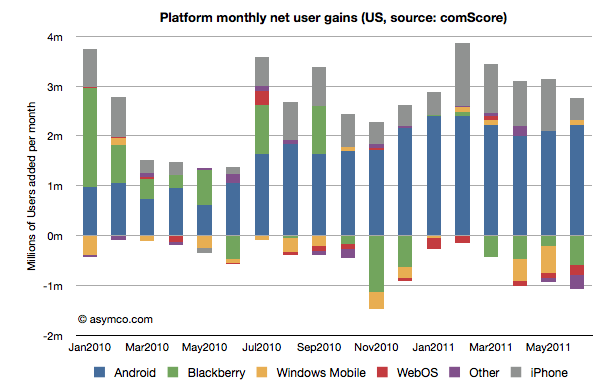 In summary, the key data points for June: 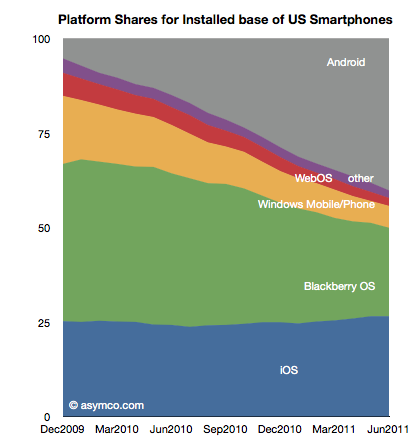 Platform Installed base vs. non-smart devices is shown below: 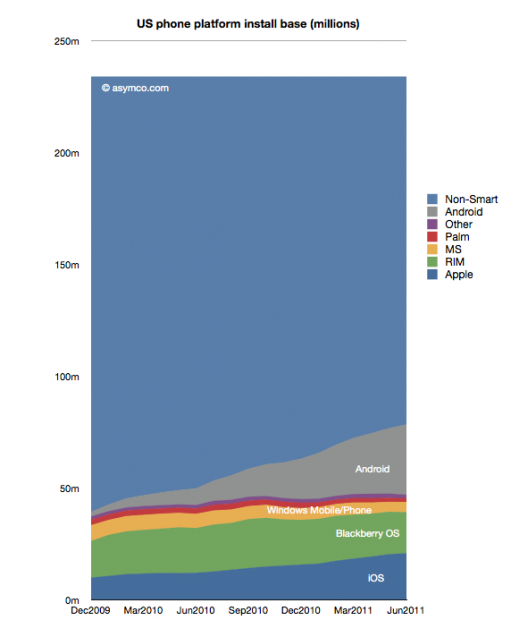 The penetration of smartphones slowed down in June (though that seems to be seasonal). The following chart shows weekly smartphone adds (or feature phone losses as total user base has held constant.) 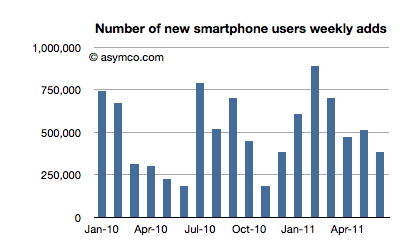