Apple’s retail stores increased sales by nearly 60% in Q4. This is a dramatic though not unprecedented change from Q3’s 1% growth rate. The growth rate faithfully tracks iPhone releases as demonstrated in a post last quarter.

When seen on a yearly basis some of the data begin to from a picture.

Some of these metrics are shown in the following charts relative to prior years: 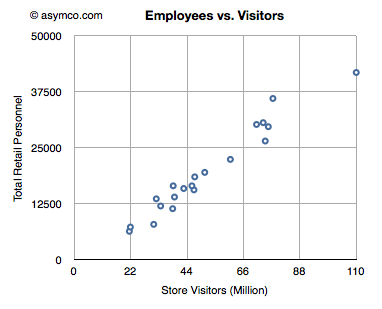 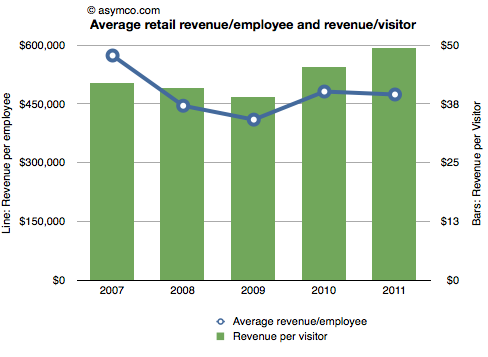 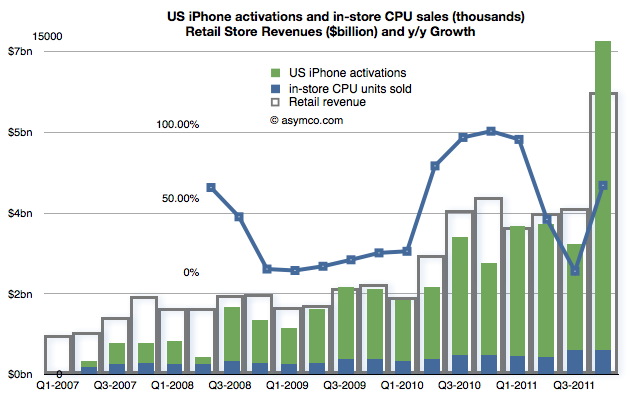