Apple today announced it has sold nine million new iPhone 5s and iPhone 5c models in the first three days after their launch. This performance is illustrated in the following graph: 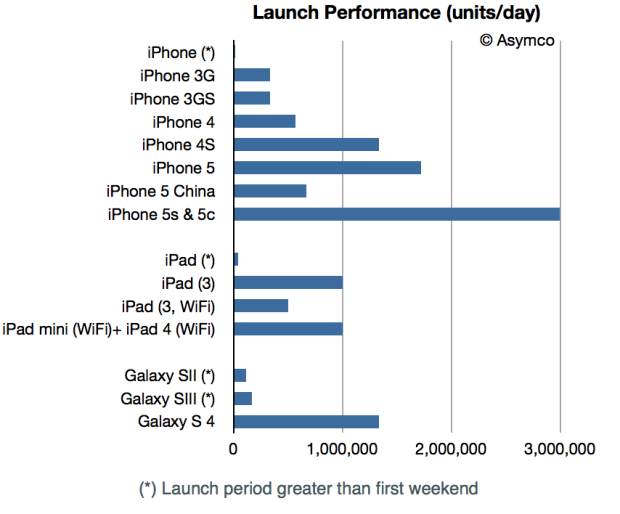 Note that the data is normalized to units/day.

The launch countries this year differed from last year in that they include all of China whereas last year only Hong Kong was included.1

The absolute number of 5x devices sold (not just shipped) seems to be an 80% increase from the 5 launch (9 million vs. 5) but accounting for China the increase is a more modest 29%.  ((The China launch event last year may have had a different dynamic as it occurred later and nearer to holiday season, but I’ll go with the unqualified data.))

However, perhaps the more relevant comparison is between different “S” generations of phones.

The growth is certainly lower but from a much higher base. This should not be surprising.