In How close to saturation is the smartphone I highlighted that the US is not nearly saturated at 68.8% penetration at the end of March. Since the US is not the highest penetrated, one may wonder whether other “developed” countries are far further along.

There is no data on all the countries in the world on the same resolution as that in the US, but thanks to Charles Arthur, Kantar shared data on the UK and we can have a clear trajectory for that country.

The most recent data for UK was as of February 2014 when penetration was 70%. 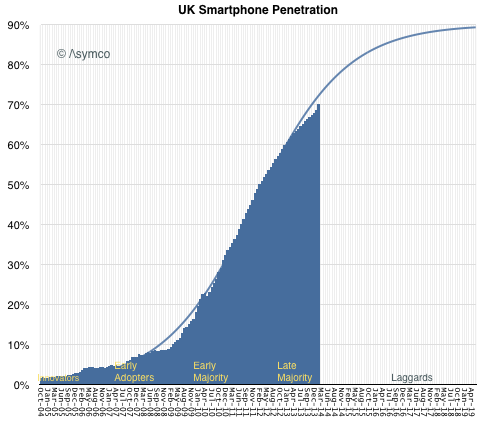 In February the US figure was 68.2%, so the US is 1.8% behind in penetration. The equivalent picture of the US is below: 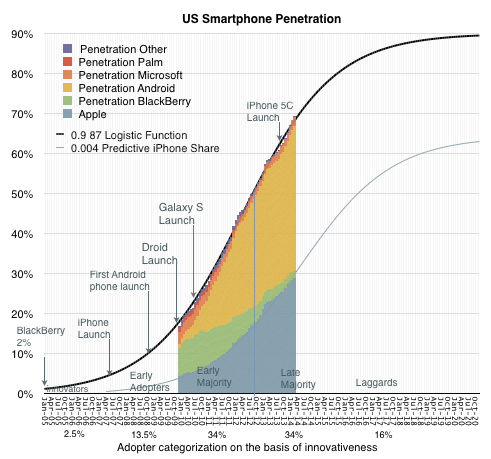 Not a significant difference. Both markets are in the “late majority” phase of growth and well before the lagging adopters join.

Note that I took a crack at forecasting both the US and the UK penetration given the significant amount of data we have so far. The asymptotic penetration value I chose was 90%. If the pattern holds then there is growth in both markets (and by proxy the developed world) well into 2018.