With the number of active Nokia service users now reaching 140 million worldwide, the company today announced that more than 200,000 people are currently signing up daily to Ovi, and that Ovi Store has reached the milestone of 2.3 million downloads per day. Available in more than 190 countries,

Nokia updated its tally of download rates so we can put the numbers side-by-side with Apple’s iTunes. END_OF_DOCUMENT_TOKEN_TO_BE_REPLACED 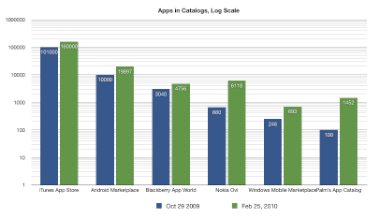